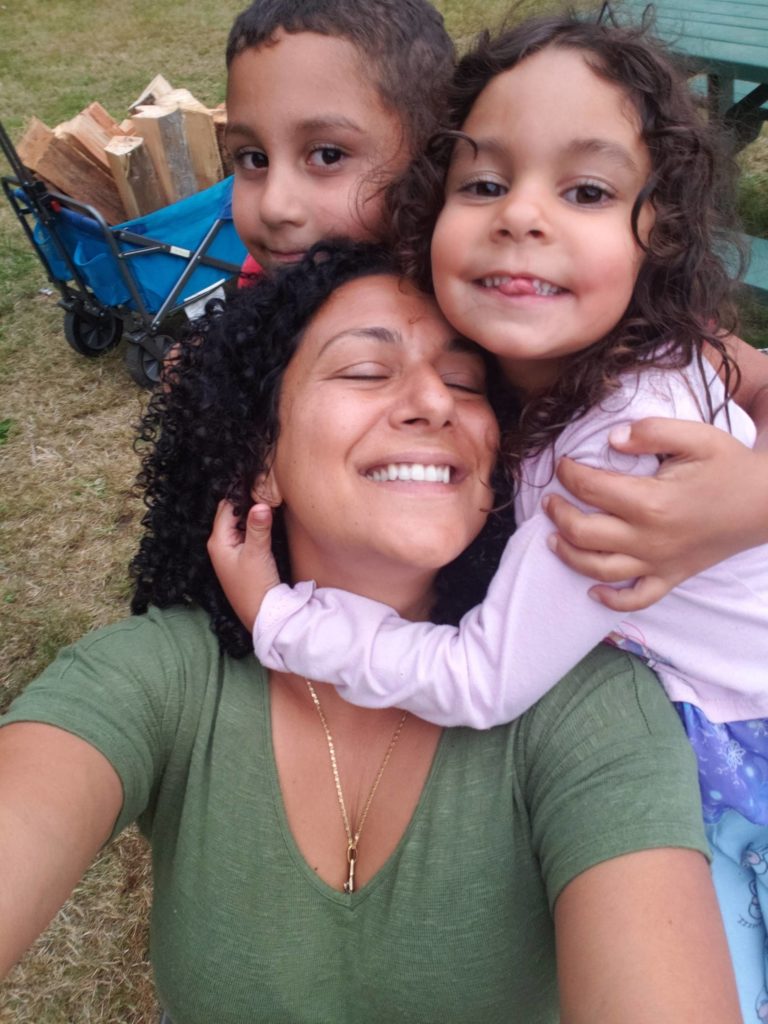 She doesn’t feel like it, but she is, thanks to an early diagnosis.

Now, in honour of October being Breast Cancer Awareness Month, she wants to inform women about the importance of regular mammograms.

Malek only started going for mammograms after a conversation with a girlfriend while on vacation nine years ago.

She was 40 years old at the time and she thought about her two children and how her health should be a priority.

When she saw an ad for a mobile mammogram unit she called and booked an appointment.

RELATED: Breast density to be included in mammogram results across B.C.

“Whenever I got my card in the mail, I never hesitated, I always booked,” said Malek.

However in between appointment she noticed a little lump on her right side.

It wasn’t bothering her, but Malek decided she was not going to wait. It was January 2018 when she received her mammography reminder card in the mail and she immediately booked an appointment at a mobile unit outside the Shoppers Drug Mart location at 224 Street and Dewdney Trunk Road.

“While I was in the unit she did the pictures like normal,” said Malek.

But then, Malek said, the mammographer took additional photographs of her right breast. Malek thought, OK, she sees something but everything will be fine.

“It’s just going to be a cyst, it’s not going to be anything. I’m healthy, I eat clean, I work out,” thought the Maple Ridge mother.

But things were not OK.

Two weeks later she received a call from Ridge Meadows Hospital asking her to come in for another mammogram, a biopsy and an ultrasound. And within three more business days she learned that her lump was a malignant tumour.

“I just was like wow. A million things kind of run through your head,” said Malek about when she learned of her diagnosis.

She asked the doctor, “Am I going to die?”

The doctor reassured her that the tumour was not too big and that he was confident that she caught it early.

So, Malek decided she was going to be as positive as possible about the diagnosis and was thankful that she had that initial conversation with her friend.

Malek underwent two surgeries and 20 rounds of radiation, Monday to Friday every day for a month.

“It’s like a third degree sunburn but it starts from the inside and kind of radiates out,” said Malek of radiation treatment.

“It was pretty intense. The first couple of weeks were OK, but as you progress with your treatments it does get a little more sensitive,” she added.

Malek says she was lucky that for her everything fell into place and went well.

“Had I waited and not gone in for my mammogram, who knows what may have happened,” she said.

Now she wants to warn about the importance of getting checked regularly and if they feel something they are unsure about to make an appointment and talk to a doctor as soon as possible.

“Early detection can make this entire situation so much easier. If it doesn’t spread and they can get it before that happens, the journey is manageable.”

Mobile mammography clinics were first piloted by BC Cancer Breast Screening in 1990. Now the clinics are held across the Lower Mainland and in more than 170 rural communities across BC, including more than 40 First Nations communities annually.

UNTRENDING: Upon death, do we have the right to be forgotten?

Letter: Trudeau will say anything to get re-elected