A lot has changed in the 35 years since the Pitt Meadows firehall was built.

Certainly, the number of firefighters has increased significantly to accommodate the growing community, but so has the size and scope of equipment.

Pair that with current Worksafe and BC Building Code regulations and the need for a new firehall is clear.

Built in 1983, the existing firehall presents a variety of challenges for both firefighters and the public.

The building does not meet current seismic standards, putting it at risk in the event of a significant earthquake, says Fire Chief Don Jolley, who leads a department combining a small contingent of full time staff and administration with 35 to 40 paid on-call volunteer firefighters.

While this composite system continues to serve the city well, the hall no longer provides sufficient space for required personnel and gear. In fact, research undertaken last year found the space needed for a hall serving a community of Pitt Meadows’ size is about 21,000 square feet. The current hall is only 6,600 square feet.

The size and scope of today’s equipment also creates access challenges in the apparatus bays, worsened by the need to store firefighters’ turn-out gear in the same space. Not only does this increase the risk of accidents as firefighters dress beside trucks rolling out for a call, but Worksafe BC also requests protective gear be stored separately to prevent carcinogenic exposure, Jolley says.

Additionally, the existing building was not designed for female firefighters. “The only showers are in the men’s washroom, so the women can’t properly decontaminate after a serious call, and that’s important with the carcinogens we encounter every day,” Jolley says.

And while the firehall hosts many educational sessions to residents of all ages and abilities, it has no accessible washroom for those with physical disabilities and only a single women’s washroom.

Following last year’s review with a highly experienced architectural consultant, the recommendation to Council was that the Pitt Meadows Fire & Rescue Service needs a larger building on a larger site, and more detailed planning is underway to achieve that.

“We hope to identify a site this year and then begin the design component, with construction in 2020-2021,” Jolley says, noting that as a 50-year project, the design would accommodate the potential for future needs.

Based on the region’s growth plans, and with 80 per cent of calls coming from the urban neighbourhoods, Jolley expects the new hall to be built in the same general area. “Central to the core is where the facility needs to be..”

And with the post-disaster construction required under the BC Building Code, the building will also act as Pitt Meadows’ Emergency Operation Centre in the event of a major natural disaster or incident.

“This will set us up for success in the future,” Jolley says. 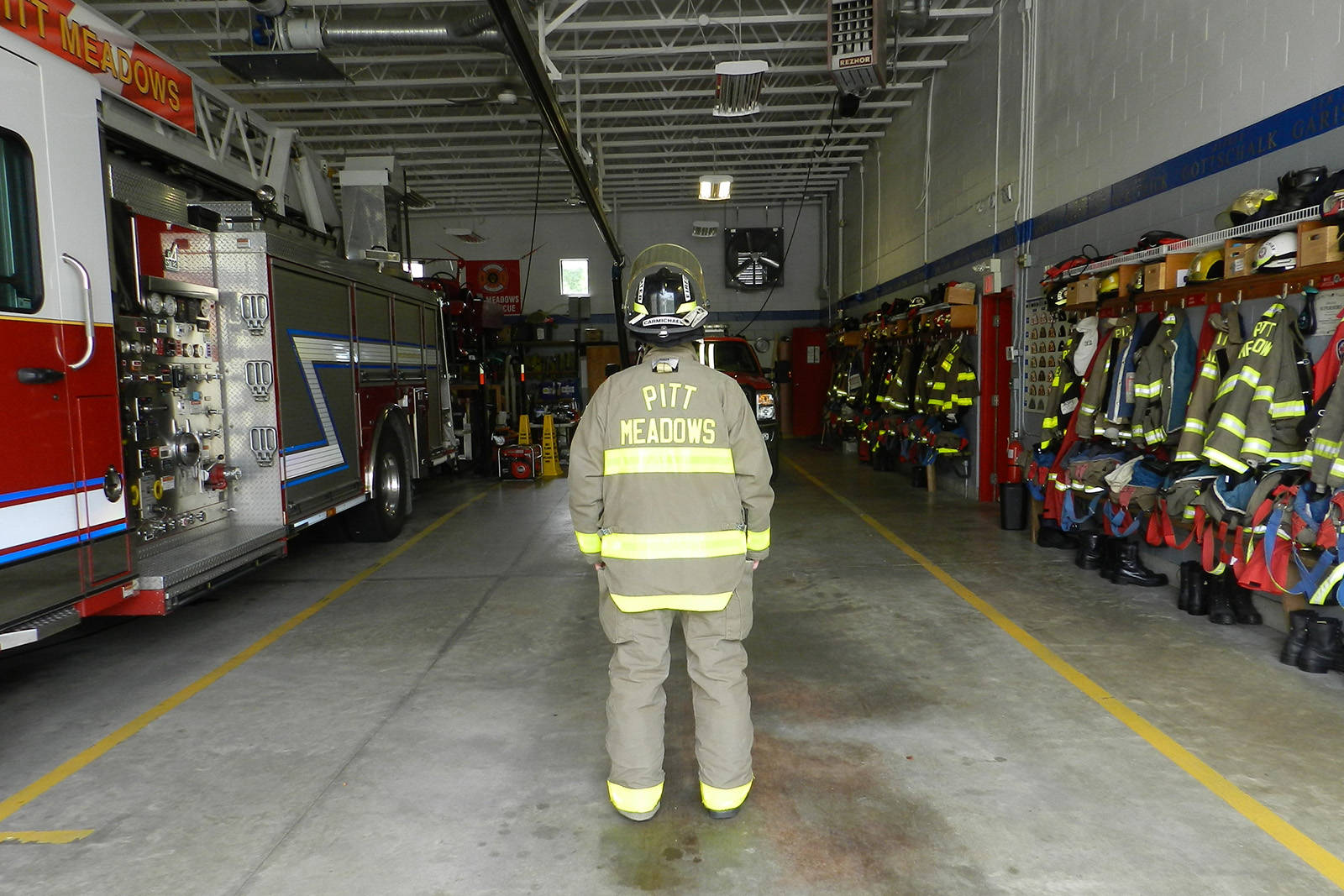 About 21,000 square feet is recommended for a fire department of the size of Pitt Meadows; the current firehall is only about 6,600 square feet.

Private retail store would be within 1,000m of proposed government store in Maple Ridge