When young salmon started washing up on the banks of the Fraser River last week near Chilliwack, it spurred some locals to call it in to Fisheries and Oceans Canada.

Fraser Valley Salmon Society member Chris Gadsden started posting photos of the fish, and is asking others along the length of the river system to keep an eye out.

Dead salmon were found at Gill Road bar according to photos sent to the Salmon Society Facebook page, Gadsden said.

He went looking and also found some more on the Fraser the next day beneath the Agassiz-Rosedale bridge.

“It makes us wonder what is causing this to happen? I observed 17 in this spot so it makes one ask how many are dying throughout the Fraser River? This could be scary for our fragile salmon stocks,” Gadsden posted.

DFO officers from the Conservation and Protection program were on-site Thursday at the river near Chilliwack.

“Fishery Officers from the Chilliwack Detachment received information that some dead salmon fry were observed on the bank of the Fraser River near Gill Road in Chilliwack,” said DFO spokesperson Leri Davies in an emailed statement.

They found about 20 dead fish, which were collected and documented. DFO officials will be working with the lab to determine cause of death, Davies said.

Biologist Alexandra Morton got wind of it after seeing dead fish photos.

“All hands on deck,” Morton wrote in a call to action. “It would be good to know where these dead sockeye smolts are occurring in the Fraser River.”

Using their “best pandemic behaviour,” Morton is asking folks along the river to look for these fish and post pictures and GPS or written descriptions. It’s important to find out how widespread it is, and the evidence will be washed away soon.

“Citizen Science is extremely valuable at moments like this,” Morton wrote.

Do you have something to add to this story, or something else we should report on? Email:
jfeinberg@theprogress.com 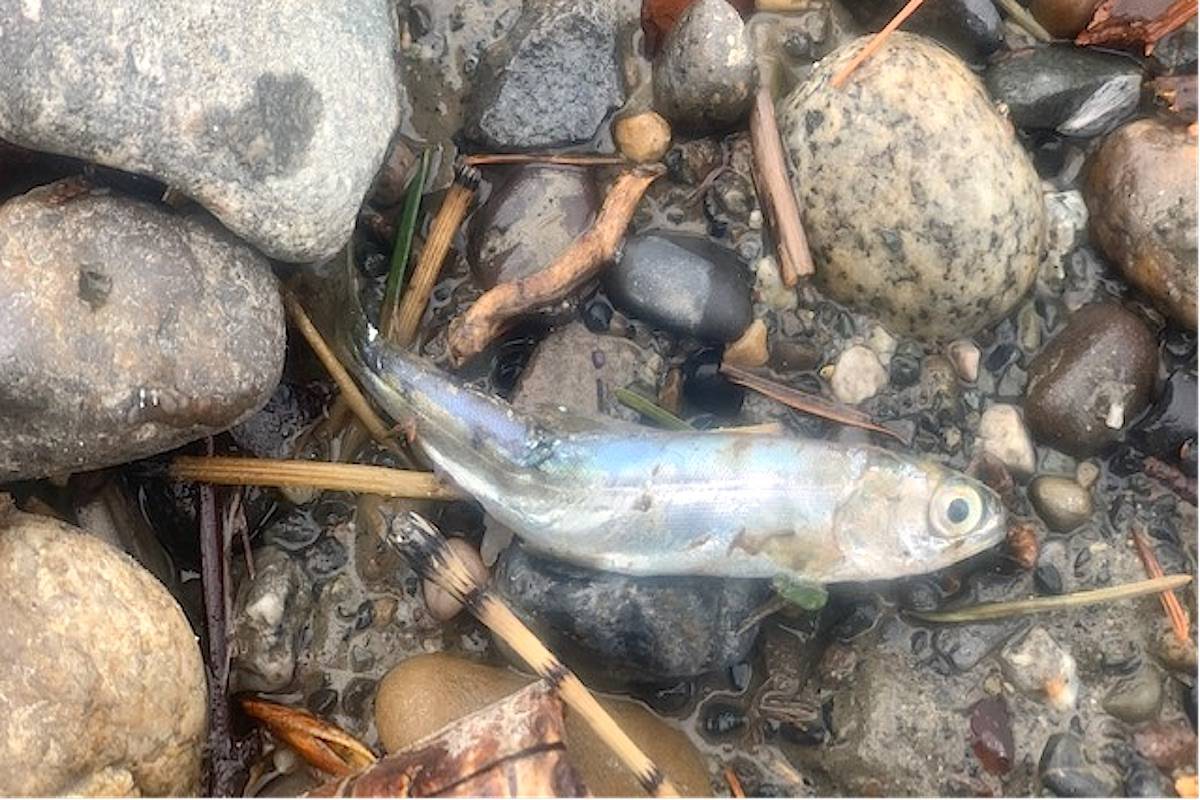 Dead salmon fry from the Fraser River in Chilliwack. (Fisheries and Oceans Canada)