Can you think of someone in your life who has never been affected by cancer?

In 2016, Maple Ridge resident Dwayne Martin lost four people in his life to the deadly disease.

“Cancer is one of those diseases that everybody can say they know somebody that’s had cancer,” Martin said.

On Saturday, Aug. 24 Martin will be riding in his fourth Ride to Conquer Cancer in a provincewide effort to raise funds to help find a cure. Now entering its 11th year, the ride is a two-day cycling event that expands more than 200 kilometres from Cloverdale to Hope.

Martin, (not the man with the same first and last name who used to live in tent city,) said he first started fundraising to participate in the 2016 ride after learning his mother Donna has been diagnosed with cancer. She died before she could cheer Martin on as he set off on his first ride.

In that same year, Martin lost his father-in-law, Jim, his friend, Steve, and his aunt, Bernice.

“My end goal is for anybody to spend extra time with their family as they’re going through treatment or getting earlier detection,” he said.

“Spending time with your family is what it comes down to,” he said, wishing he’d been able to spend more time with my mom after she got diagnosed. “You definitely take your relationship for granted until somebody gets really ill and cancer is one of those things that takes way too many people too early,” Martin said.

“I don’t take the credit for these donations because I am just the conduit to get it to the BC Cancer Foundation,” he said. “My [donors] are the real people who need the kudos when it comes down to it because they’re the ones opening their wallets.”

Turning 50-years-old this year, Martin said he has no plans to slow down. He’s already planning for next year’s race.

“I’ve already signed-up for next year’s ride and as soon as I can get my 2020 ride page up and running I’ll start telling people about it.”

This year’s opening ceremonies will be held at the Cloverdale Rodeo and Exhibition fairgrounds at 7 a.m. on Saturday, where the total fundraising amount for the 2019 ride will be announced.

To date, the ride has raised more than $96 million and, according to the foundation, as a result it has helped funded more than 47 research projects currently underway at BC Cancer Foundaiton.

Martin encourages those who have never participated in the ride to try it – just once.

“I can’t say enough about how well supported and how good you feel after that ride is over,” he said. 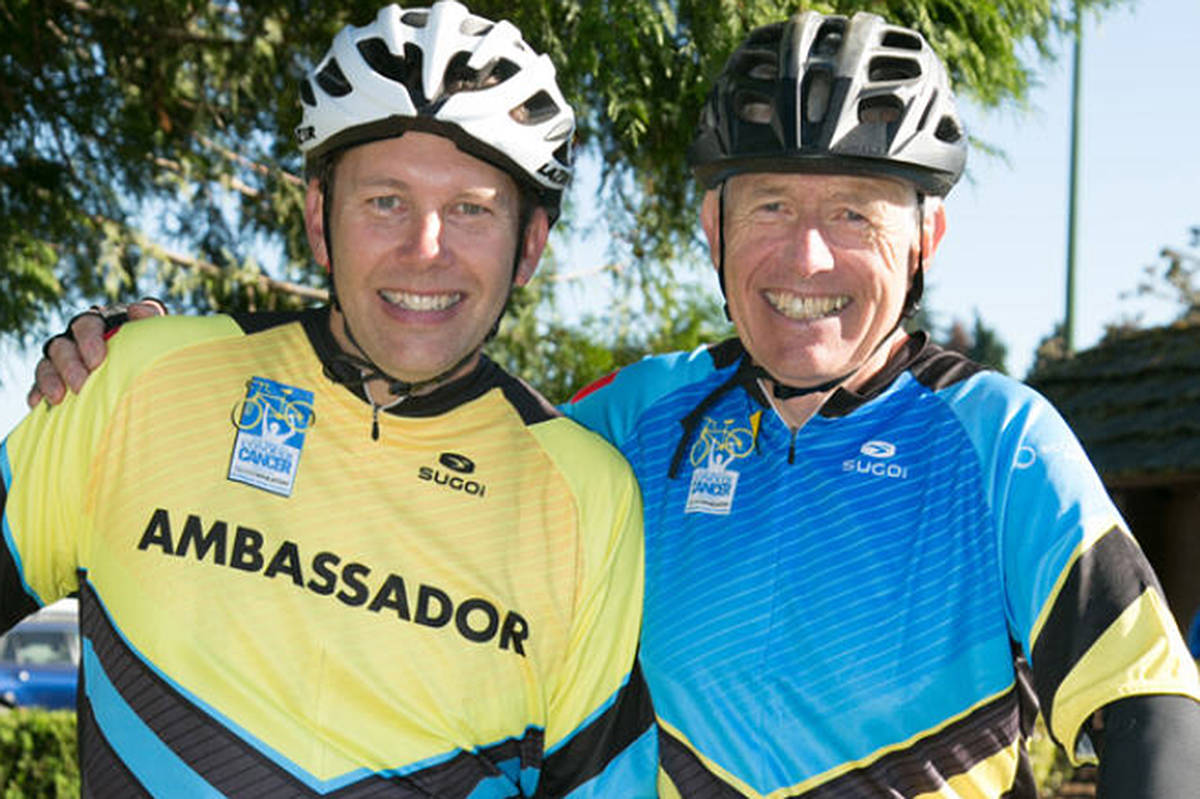