Anita Place Tent City council is doubling down on its demands for social housing as a condition for clearing the camp at the bottom of 223rd Street in Maple Ridge.

In a statement Wednesday, the group said it wants 250 units of tenant-run social housing to be built as one of the conditions for clearing the camp. That’s up from 200 sought last year.

Listen Chen, with the Alliance Against Displacement, said that residents want traditional social housing, where tenants are covered by the Residential Tenancy Act and where they can have a say in the operation of the building.

Chen added that some residents don’t want to live in a supportive housing facility, such as the modular housing project on Royal Crescent.

“First of all, it’s not covered by the Residential Tenancy Act,” Chen said of supportive housing.

Residents are subject to eviction and surveillance in such facilities.

“They fold in social work into your actual living space,” adding that supportive housing is a relatively new concept of housing.

The refusal of the provincial government to recognize that is a major sticking point to decampment, Chen added.

Tent city residents also want a doctor and nurse to visit the camp every week, and first-aid supplies and mattresses that can keep people from having to sleep on the ground.

Chen said that the tent city is serving as a form of emergency housing, adding that residents want an interim location for such housing to be found, followed by a redevelopment of the Anita Place site for permanent social housing.

So far, nothing has been heard from the City of Maple Ridge about clearing the camp.

About 40 people are living in the camp, Chen added, after 25 moved into the supportive housing complex on Royal Crescent.

“As more and more trailer parks and low-income rental units are replaced with condos and housing for rich people, homelessness will continue to rise. So long as the city and province fail to deal with the root causes of the housing crisis, Anita Place will remain open,” tent city said in a news release Wednesday.

Residents also object to being classified as “hard to house,” the release said.

Maple Ridge Mayor Mike Morden said that the newly elected council is currently working on a community safety plan for the tent city.

“You just can’t tackle this all in one shot and say we’re going to bring the bulldozers in. It’s not like that. We want to put together a respectful, all-encompassing plan and that’s in process as we speak,” Morden said.

Tent city volunteer and former Maple Ridge council candidate Chris Bossley, however, called on the province to build another 100-bed temporary supportive housing complex on the Burnett Street and Lougheed Highway location, which was rejected last spring by the previous council.

Bossley said B.C. Housing should act without seeking the city’s permission, as it did for the 53-unit modular housing complex that just opened on Royal Crescent.

“Surrey got 160 and they cleared the Surrey strip,” Bossley said.

She added that the Burnett Street complex would be temporary until a permanent supportive housing and shelter is built on the current site of Anita Place Tent City.

Afterwards, Burnett could be used for another housing option. 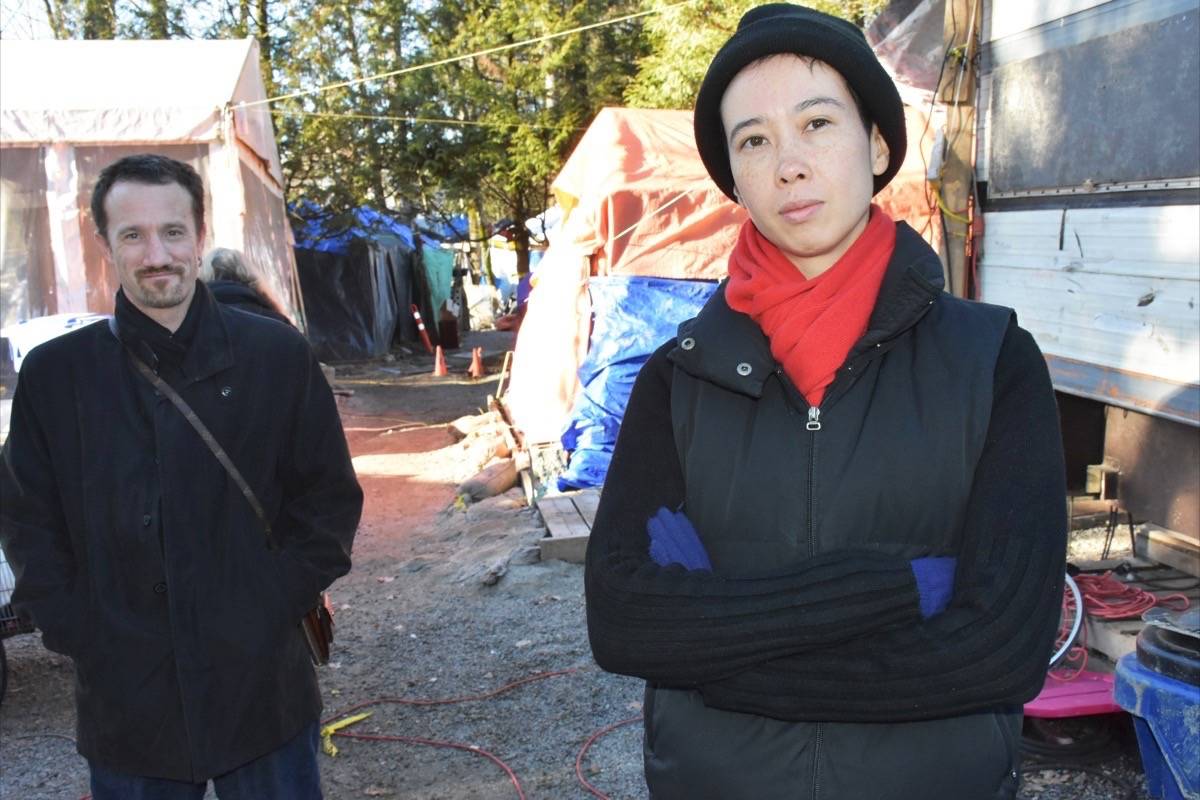