Dog bites, not bullet wounds are the top source of injuries caused by police forces in B.C., a new report reveals.

The study released Thursday by the Pivot Legal Society found that, on average, a person in B.C. is bitten by a police dog every other day.

“Unlike other police impact weapons, such as fists and batons, police dogs are unique in their tendency to inflict devastating and permanent injury,” said Douglas King, a lawyer with Pivot Legal Society who penned the report. “We should not be viewing them as friendly ambassadors of policing, but as potentially deadly weapons.”

The Pivot Legal Society interviewed dozens of individuals over the past three years to determine who is being affected by police service dog bites and under what circumstances they were injured.

In 2013, Pivot sued the RCMP on behalf of Bill Evanow, a Maple Ridge man who was seriously injured by a police dog in March 2011 after being mistaken for a suspected car thief.

The dog tore through Evanow’s thigh muscle, leaving behind a divot the size of his fist.

Evanow was offered a $20,000 settlement, but continues to pursue legal action because he wants restrictions on how the dogs can be deployed and changes to the way dogs are trained.

“Our goal is to effect change,” said Evanow.

“I don’t want to keep hearing about these incidents on the news. It’s out of control.”

Other victims interviewed by Pivot, such as Andrew Rowe, reported excessive force being used by police service dogs. Rowe lost his left ear and part of his hearing after a police dog attacked his head while he was on the ground. Rowe had already been arrested for shoplifting and maintains that officers released the dog on him on purpose.

“I will have these scars and injuries for the rest of my life, and every three to five years I will need surgery just to try and maintain what little hearing I have left,” says Rowe, who has recovered from problems with addiction and now operates his own business.

The report found that the use of police service dogs is largely unregulated in B.C., with some departments reporting far more bites than others.

Saanich and New Westminster, for instance,  train their dogs to “bark and hold,” a technique that has resulted in significantly lower rates of police dog bites.

A working group was established by province last year with the goal of establishing provincial standards for police dogs.

Attorney General and Minister of Justice Suzanne Anton confirmed Thursday that the province is in the process of finalizing provincial standards.

“Police dogs are an important, effective policing tool – but like any ‎tool, they must be used consistently and effectively,” said Anton.

“Common standards will help to ensure this, and to develop them, my ministry set up the Police Dog Working Group that has engaged both senior police managers and non-police stakeholders in an advisory capacity. Use of force is a priority for developing policing standards in British Columbia, and that includes those governing police dogs.” 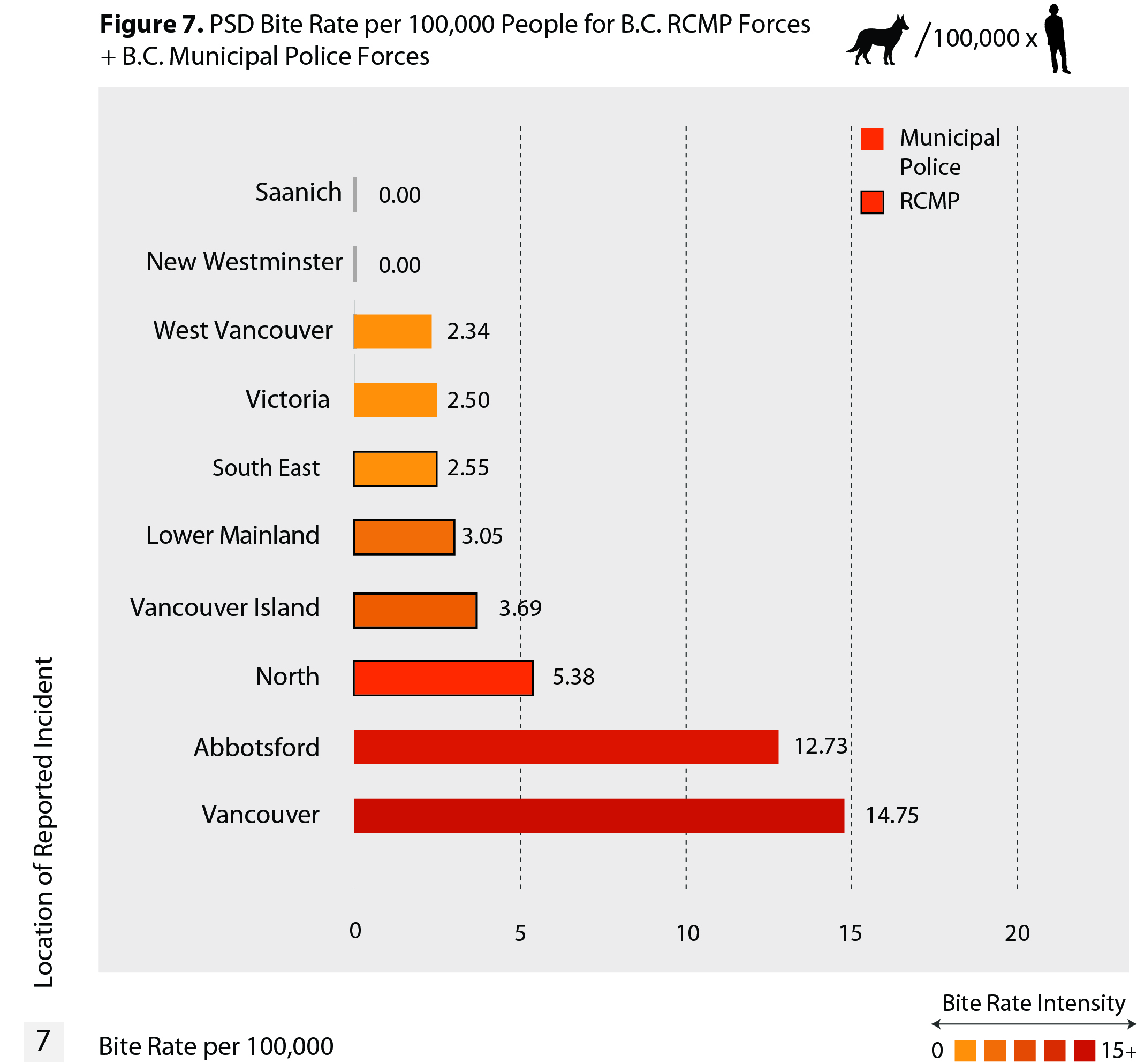 Maple Ridge Rapid Bus could go to Langley instead

Maple Ridge horse trainer saving one ‘wildie’ at a time