The City of Vancouver’s decision to demolish its Dunsmuir and Georgia viaducts is getting a flashing yellow caution light from B.C. Transportation Minister Todd Stone.

City council voted 5-4 Tuesday to approve the removal of the viaducts at a cost of up to $200 million to make way for a plan to add parkland and redevelop northeast False Creek, the last unbuilt stretch of urban waterfront.

Removing the overpasses would lengthen commute times by an estimated one to three minutes for the 45,000 vehicles that use the viaducts daily.

“We should all take a pause here and catch our breath,” Stone told reporters. “Nothing is a done deal here with the viaducts.”

He said there have been no talks in recent years between the city and PavCo, the Crown corporation that owns and operates the stadium.

“We have some very serious access concerns relating to this viaduct removal plan that are going to have to be addressed.”

According to a staff report, the planned new street configuration will provide “adequate” capacity for trucks to move goods in and out of downtown and accommodate all existing traffic.

The city says 94 per cent of trips to downtown take other routes, or are via transit or cycling.

The viaducts are vulnerable to collapse in a moderate earthquake, a scenario that could sever the SkyTrain line below them. Rehabilitation would have cost $50 to $65 million.

The viaducts are a vestige of a planned freeway through downtown Vancouver that was never built and carry about half their designed traffic capacity. 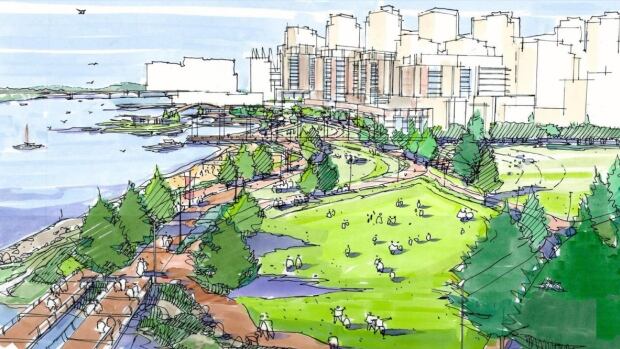