A motorcycle rider was airlifted to hospital after colliding with a pickup truck in Maple Ridge on Saturday afternoon, June 13.

Around 2 p.m. the eastbound motorcycle and a pickup truck collided near the intersection of 256 Street and Dewdney Trunk Road.

One eyewitness said it appeared the truck was turning left when the crash took place.

Ridge Meadows RCMP, paramedics and fire rescue were called to the scene.

A helicopter transported the injured man to Royal Columbian Hospital for treatment of what RCMP reported were non-life-threatening injuries.

“This file is still under investigation and has not been concluded,” confirmed Staff Sergeant Jolaine Percival. “Police will consider many factors at a motor vehicle collision which can include speed, direction of travel, weather and road conditions and if any impairment is involved.” 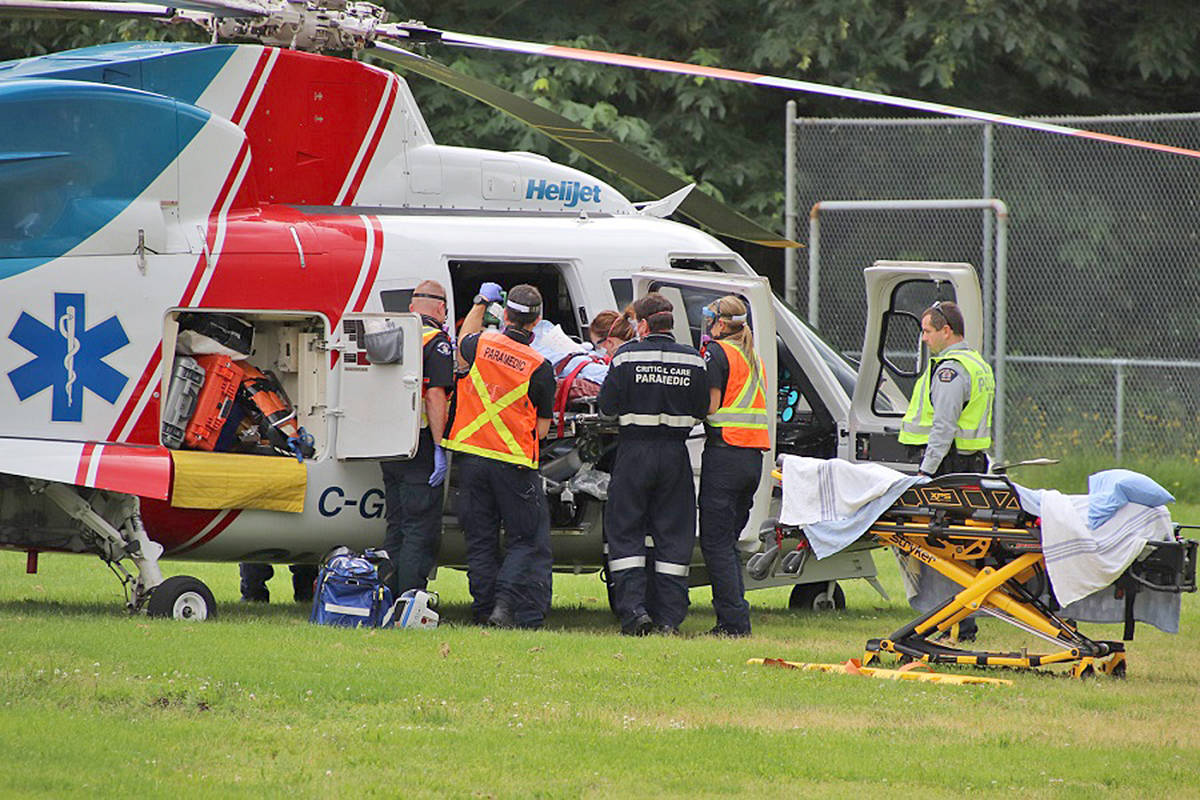 A motorcyclist was airlifted to Royal Columbian Hospital by helicopter after colliding with a pickup truck in Maple Ridge on Saturday, June 13, 2020 at 2 p.m. near the intersection of 256 Street and Dewdney Trunk Road. (Shane MacKichan/special to Maple Ridge News)