Much has been written about Bill Miner’s famed 1904 holdup of a Canadian Pacific Railway train. The usual tale is that Bill Miner and his accomplices stopped and robbed the train at Silverdale, in west Mission, but that is not really what happened.

Published only in Victoria’s Daily Colonist of Sept. 13, 1904, is an eyewitness account by train engineer, Nat Scott, given hours after the ill-fated train arrived in Vancouver.

As the Colonist proudly proclaimed: “Unfortunately, for the Vancouver newspapers, all their staff were in bed when the train arrived from the East, so they missed the best story of the holdup that there is to be told.”

Here is an extract of Scott’s story:

“I was going at a pretty good clip about three miles out of Mission Junction. It was 9 o’clock Saturday night [Sept. 10, 1904]. I had got to the top of the ascent and was running down the decline when I felt a tap on the side. I turned around and in the indistinct light saw a man’s face covered with a coarse, black handkerchief. I was then commanded in a very quiet voice to stop the train. I replied ‘Oh, get out.’ I thought it was someone joking me and I stepped over to pull off the handkerchief. I then saw that the man had a revolver pointing at me and I saw the shining barrels of two rifles covering myself and the fireman from above the cab.

“As I stooped over to pull the lever to stop the train, the quiet voice stopped me. ‘Don’t pull up now. You know that little bridge near Silverdale? Stop there, and if you do as you’re told from this on, not a hair of your head will be injured.’ Not a word was said until we reached the bridge across the creek.

“Here, the man told me to go slow over the bridge and leave the passenger coaches on the east side. Conductor Ward came forward to see what was up but one of the men shoved a rifle into his face and told him to go back where he belonged. Ward lost no time in obeying the order, and going through the cars told the passengers that there was a holdup. But the passengers were not molested.

“I was told to go full speed ahead to a place near Ruskin siding. I then uncoupled the engine and stood her a few feet up the track. I carried a torch and we all went back to the express car. The messenger was inside totally oblivious to what was happening. On my calling him he threw open the door and the first thing he saw was a revolver close to his face.

“Then they moved along to the mail car where the two clerks were told to hand over the registered mail. This they did, when the ringleader said: ‘Now boys, get back in your cars and go to bed.’ The fireman and myself were then marched to where the engine stood.

“The ringleader said to me: ‘You know that creek just this side of Whonnock siding? I said I did and as we only had the engine we made good time. When I got to the creek [Cook Creek close to the Whonnock wharf] our guests got off the engine. They were heavily laden. They said ‘Good night’ as they moved off. I replied, ‘Good night; I hope you have a pleasant journey,’ and the ringleader replied, ‘We hope so.’ ”

The railway bridge where the passenger coaches were left was across what is today called Jamieson Creek about where today McLean Street crosses the rail tracks.

The actual looting took place near Heaps mill in Ruskin – there was no railway station at Ruskin yet.

From Ruskin, without any wagons attached, the engine sped away to Whonnock. Bill Miner and his friends were dropped off at “the creek just this side of Whonnock siding.” That was at Cook Creek, right at the Whonnock wharf. There they “borrowed” a rowboat to cross the Fraser and vanished in the night.

The locomotive then headed back to pick up the rail cars left at Ruskin and Silverdale before steaming on to Vancouver.

Fred Braches, a local historian who lives in Whonnock. 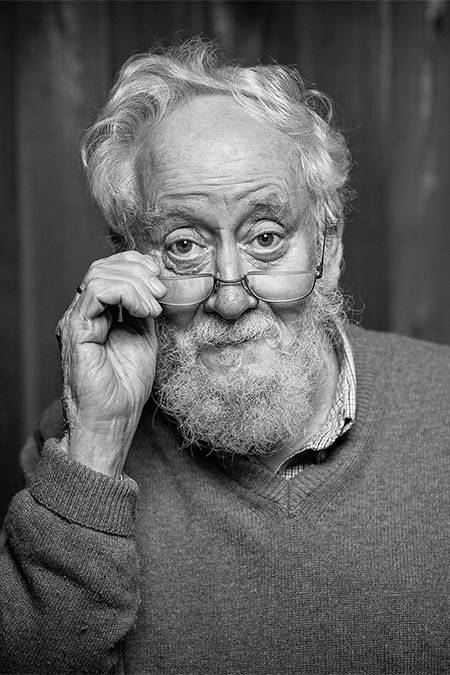