As many as 200 employees could be out of work when Hammond Cedar closes its doors for good later this year, according to their union.

United Steelworkers Local 2009 president Al Bieksa shared his upset after International Forest Products (Interfor) made the announcement Tuesday that it will be permanently closing the mill as part of a plan to reconfigure its coastal business.

The plan includes “repatriation of working capital tied up at Hammond” and “monetization of related real estate,” according to a company statement.

That sounds as if the site along the Fraser River, near the Golden Ears Bridge, will be sold, Bieksa said.

“To me, it’s simple to see they are going to knock down the mill and sell it (the 28-acres site) for… millions,” he said.

He said there are approximately 147 regular employees at the mill, but there are also contractors who work there – many on a daily basis. Most of the contractors do maintenance work.

The employees make family-supporting wages that contribute to the local economy, Bieksa said.

The employees have been given 90 days notice, but noted the mill will only stay open for as long as the current supply of cedar provides for production and shipping of product.

Bieksa said the employees will receive the 90 days pay even if they are laid off earlier. The company and union will enter negotiations on a shutdown agreement next week.

Cedar is still a lucrative business, he explained. But the existing mill is geared to process old growth timber, not smaller second growth that is available now. The mill is out of date, and would cost millions to upgrade.

The union leader did not want to engage in finger pointing, he said.

Some of the workers have skills that will transfer readily into other occupations, but the long-time production workers will need retraining, said Bieksa. He was recently elected union president, and is the father of long-time Vancouver Canucks defenceman Kevin Bieksa.

Martin Juravsky, Interfor senior vice-president and chief financial officer, agreed the mill was designed for a “different log profile” than is being processed today, and said it is no longer viable.

“It would be a “substantial cost to modernize,” Juravsky said. “We don’t take these decisions lightly, or under short-term considerations.”

He added that there is demand for the mill’s cedar products, but the company has had difficulty maintaining a steady supply.

Mayor Mike Morden said the mill closure is the end of an era in Maple Ridge history. He is concerned about the workers, and said his conversations with mill management indicate some employees may still find employment elsewhere in the company.

He said the city will lose approximately $600,000 in property taxes annually. That is an adjusted rate, as the city has been trying to help the company through tough times in the industry.

Morden said Hammond Cedar will leave behind a valuable piece of waterfront property. It could remain industrial, or be developed for mixed-use commercial, he said, adding the public will have input about what it would like to see there.

“There is an opportunity here, even though it is a sad day for the people at the mill,” said Morden.

“We recognize the impact this decision will have on our employees who have contributed so much to the business over the years,” said Duncan Davies, Interfor’s president and CEO.

“We will be working closely with them to mitigate the impacts of the closure and to identify job opportunities at other Interfor mills, as well as outside the company.”

“The Coastal B.C. forest industry has faced significant log supply challenges over the past two decades and manufacturing capacity needs to be brought into line with available log supply,” said Davies. “Cedar producers have also been disproportionately impacted by duties on shipments into the United States as a result of the softwood lumber dispute.”

The mill site is not currently listed for sale, said Juravsky.

The closure is expected to be completed in the fourth quarter of 2019. 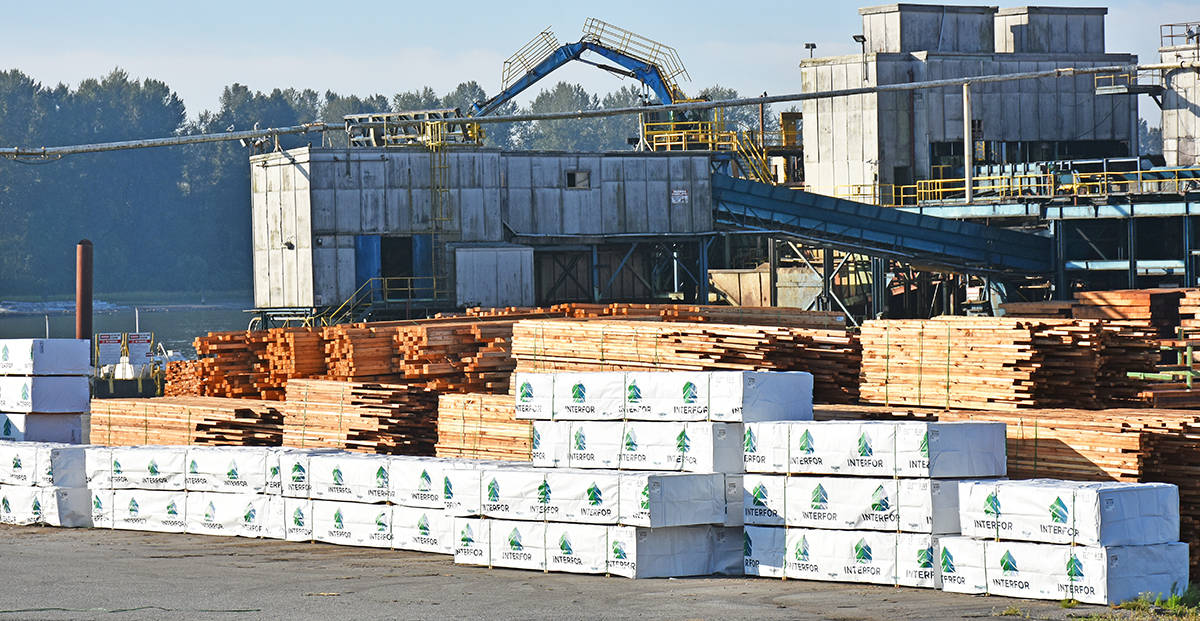 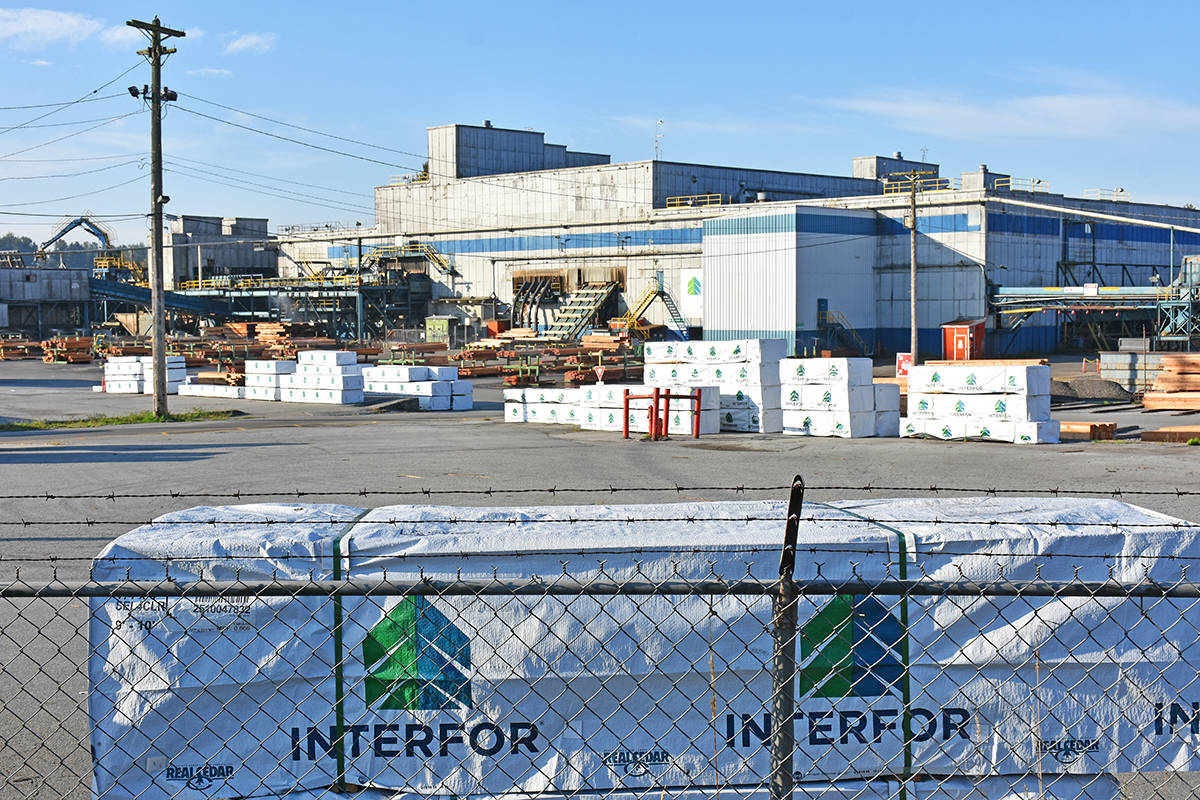 Many salmon now passing Fraser River slide on their own, DFO says