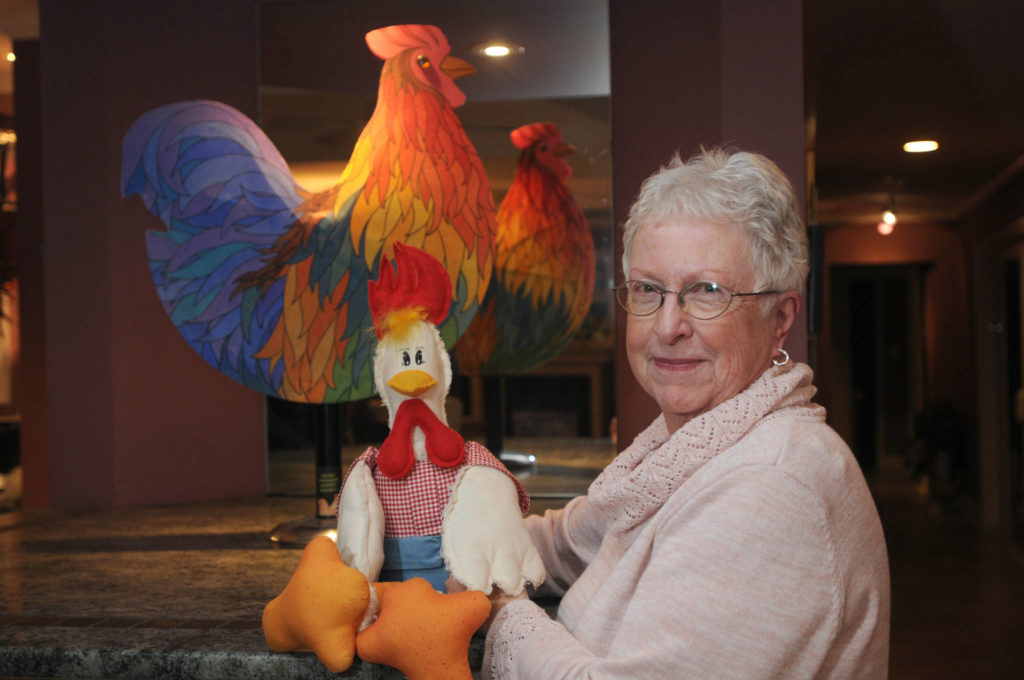 Cooking, eating, growing, and shopping for food has been a passion for Eileen Dwillies for most of her life.

And now after spending many busy years as the Haney Farmers Market executive director, Dwillies is moving on to retirement.

“Food has always been my passion,” she said.

Dwillies’ interest in the farmers’ market sparked in 2003, when she moved to Maple Ridge from Vancouver, and saw an advertisement in the newspaper looking for market volunteers.

After attending an initial meeting, Dwillies and her husband Paul were hooked, and have played a role in the Haney Farmers Market ever since.

“Maple Ridge is so lucky to have a town centre. So many other markets are streets or parking lots. I had a vision of what it should look like, because I’ve seen how the best ones are,” said Dwillies.

Initially, she volunteered as an organizer with the market, and sold her bread as a vendor, earning herself the title of the ‘Bread Lady.’

But after getting more involved, Dwillies stepped down from bread making, and in 2009 her role with the market evolved into an executive director position.

As the market’s driving force since its beginnings, Dwillies said the market’s biggest focus has always been community.

“The focus here is community. Other non-profits partner in, there is space given to them, there’s music, entertainment, things to keep the people happy and coming. Not just run in and shop then run out. What drew people, the farmers, and vendors to our market was the excitement of Paul and I and the enthusiasm we had for all we did, and the fact we were in a lovely location.”

The Haney Farmers Market is in downtown Maple Ridge in Memorial Peace Park on Saturday mornings from May to November.

Dwillies will officially retire on Dec. 15. With extra time and free Saturdays, she is looking forward to checking out other markets.

Dwillies also plans on mentoring Brett Hertzog, who she said is taking over her role, volunteering with big events at the Haney market like Canada Day and Earth Day, and attending the B.C. Association of Farmers Markets conferences.

“I’ll volunteer when I have to, but also I’ll be shopping. I always feel it’s my personal grocery store. It’s a bittersweet type of thing.”

While she’s the face of Haney Farmers Market, Dwillies’ love of food started well before she got involved with the local market.

“When I first married, I never bothered much with cooking. My mother gave me A Joy of Cooking and when I read the recipes, I thought it was interesting. But there were no pictures, so I struggled with recipes,” Dwillies explained.

But the struggle kept her motivated, as Dwillies longed to learn more about food, recipes, and the art of cooking.

Her best friend in her early adulthood was a well-known cook, Diane Clement, whose cooking school Dwillies attended.

Since the mid ’70s, Dwillies wrote for Western Living magazine, became the author of nine cookbooks, and was a featured chef of the TV series Creative Cooking.

Later on, Dwillies led “cooking trips” under the name Eileen’s Creative Cooking: Getaway Vacations, and she would take people on food tours in various cities.

And a well-seasoned cook, vendor, director, and mentor, said will “miss all the activity” of the market, but will still be heavily involved as a volunteer.

The market reopens for the 2019 season in May.