The trial for a driver charged with killing a young couple in Pitt Meadows three years ago began Monday with the defence highlighting poor lighting and confusing signage on Lougheed Highway as factors that contributed to the horrific crash.

Rebecca ‘Beckie’ Dyer, 19, and her boyfriend, Johnny De Oliveira, 21, were killed around midnight Oct. 19. 2010, when a Toyota driven by Andelina Hecimovic skidded sideways over a concrete median, flipped over and landed on top of their Suzuki Swift.

Dyer and De Oliveira were two blocks away from their home when they were killed. Hecimovic lived about a kilometre away, on Meadow Gardens Way. 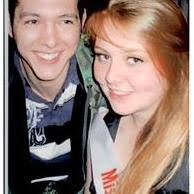 Crown witness Cole Prpich was ahead of the couple in the westbound left turn lane on Lougheed Highway when he heard a loud screech just as he turned onto Harris Road.

The screech was quickly followed by a loud bang. When Prpich looked into his rear view mirror he saw Hecimovic’s Toyota on top of the Suzuki Swift. The Toyota rolled again and landed near the curb.

Prpich told the court he didn’t see where the Toyota had come from.

Investigators allege Hecimovic, then 23, was driving aggressively when she crashed. She allegedly passed traffic stopped at the light by driving in a designated right turn lane and lost control of her car after hitting an island.

The crash took the roof off De Oliveira’s car.

A diminutive young woman wearing glasses, Hecimovic listened attentively from the prisoner’s box in New Westminster Supreme Court as her lawyer, Dimitri Kontou, picked apart testimony from Crown witnesses. She was classified a novice driver at the time of the crash.

Kontou insinuated a driver could easily think the right turn lane on Lougheed Hwy. did not end at Harris Road, but instead continued across the highway.

He noted there were at least four other arrows on signs as you approach the intersection, including one pointing to a winery, another indicating directions to the airport and a third for a truck route. Kontou also noted there were no arrows painted on the highway, only a small 8×10 sign saying “Right Lane Must Turn Right.”

Kontou also pointed to several obstructions at the intersection, including a concrete wall and a grey metal box.

“The fact of the matter is you can’t see clear to what’s happening across Harris Road,” Kontou said while cross questioning Const. Mitch Gordon.

He asked the officer, who works with Ridge Meadows RCMP’s traffic section, whether it’s common for drivers to speed on the flat, straight stretch of Lougheed Hwy.

“It must be a temptation for drivers given the highway,” said Kontou.

The families of Dyer and De Oliveira say the trial is forcing them to relive the ordeal.

De Oliveira’s mother Audrey left the court room in tears during some of the witness testimony, and though it’s been hard to hear details, she hopes the trial brings her some closure.

“Nothing is ever going to be the same,” she said outside court.

“I miss Johnny every day.”

Both families are now part of the activist group Families for Justice. The group is lobbying Ottawa for stiffer penalties for drivers who cause fatal crashes.

“I think the worst has yet to come,” said Dyer’s mother Debbie.

Beckie was her only child.

Crown is expected to call witnesses who saw Hecimovic driving aggressively that night, as well as a traffic reconstructionist.

The trial is scheduled to end Sept. 18.

Th entry fee for this year’s Little Miss Global event is being waived in memory of Beckie Dyer.

Debbie Dyer said her daughter loved participating in the Miss Teen pageant because its mission was “Beauty with A Purpose.” Beckie won the 2009 Lynn Papp Award for her volunteer work in Pitt Meadows and vied three times for the title of Miss Teen B.C. Every year the contest hands out the Beckie Dyer Community Spirit Award to a contestant who emulates the late 19-year-old.

63 break and enters reported in Maple Ridge and Pitt Meadows

What is Trauma? is the second of three free community conversations

Hall Of Fame induction is a feather in the cap, says proud Walker Sr.

Son will be inducted into hall of fame with 76.6 percent of vote

Rain supposed to ease in the afternoon

An ice circle or ice pan, has formed in the chilly waters just east of the Yellowhead Bridge

Industry generates a total of $3.9 billion in sales of goods and service across the province

B.C. man rescued after getting trapped headfirst in well as water level rose

The rescue involved crews from Oak Bay and Saanich