Organizer Jodi Seminoff said opponents of the shelter have collected approximately 800 signatures in an online petition, and had about 400 in hard copy prior to Saturday’s rally.

The speakers said the shelter is poorly placed in residential neighbourhood near seniors housing, two schools and bordering downtown businesses.

Rally organizer Jodi Seminoff, whose partner owns a house near the proposed facility, criticized the location.

“Is this the kind of facility you want next to your seniors residence, two schools, and a huge sports fields complex? I don’t think so,” she said.

Another speaker said the funds for the shelter would be better spent getting the homeless residents into rehabilitation beds.

The provincial government announced a new location for supportive housing and an emergency shelter at 11749 and 11761 Burnett Street, just north of the Lougheed highway. The Salvation Army will operate the 40-bed shelter and 40 supportive housing units.

Flynn believes Saturday’s rally, and other actions, will ultimately stop the shelter.

Another rally is planned for Saturday, Feb. 3 at the same location. 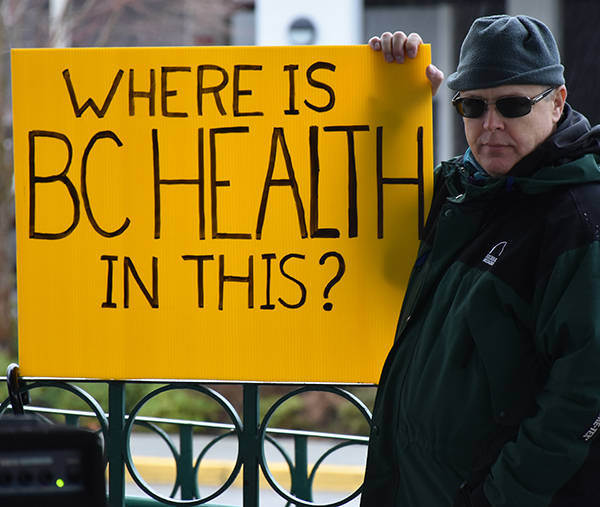