After winning Maple Ridge’s election for mayor Saturday with 11,287 votes – more than all the rest of his opponents combined – Mike Morden is in the driver’s seat.

“The people spoke loudly. It’s an impressive mandate. Along with that comes a lot of responsibility. I’m now responsible for seven [city councillors] – but accountable to 82,000 [people],” Morden said Tuesday.

“It’s clear what the mandate is about. It’s about dealing with a crime and drug problem.” It’s about working with the senior government to ensure people get the help they need and closing down Anita Place Tent City, he added.

Morden said that he wants the tent camp to be gone, ideally voluntarily.

That process could be underway now as B.C. Housing begins moving tent city residents into the 53 modular housing units on Royal Crescent. In addition, tent city campers could go to the 60-bed emergency shelter at the Salvation Army Ridge Meadows Ministries, or the 20 mats at Maple Ridge Baptist Church, operated by the Hope For Freedom Society.

If the camp clears voluntarily, “If that was to happen, that would be great,” Morden said.

He’ll look at the city’s legal options, but doesn’t want to go to court to seek an injunction to get a court order that would allow the mandatory clearing the camp.

“To close tent city needs to be done with respect.”

Nevertheless, he says that criminal activity going in tent city is getting a “pass” and wants to address that by working with a variety of groups.

“And see what we can do as a community. The object of the exercise is to have a safe community. How we’re going to get there, we all need to have a conversation.”

Last March, he opposed the Royal Crescent site as a location for modular housing, saying there was no long-term treatment, and that it would have “huge consequences” for the downtown.

“I believe that’s in the works for Coast to be accountable to its neighbourhood.”

He wants to ensure residents or businesses are not impacted in any way and wants Fraser Health involved and more of a focus on detox and long-term treatment centres in any other future housing projects.

The approach is similar to that promoted by outgoing mayor Nicole Read, who led council’s defeat of the 85-unit supportive housing complex on Burnett Street last spring, because of its lack of focus on health care.

Morden counters, though, that he’s been saying the same thing for six years.

“The health authority has to be at the table.”

Morden noted there’s still $15 million available from B.C. Housing, earmarked for a supportive housing and shelter complex. Three different locations have been rejected in recent years for such a shelter.

In 2015, he set up the Action Maple Ridge website to provide a space for a petition against using the Quality Inn as B.C. Housing’s site for a 60-bed low-barrier supportive housing complex and shelter, the first such site considered.

For Morden, the most important factor is the operating model of a shelter. Fraser Health has to be part of the project, along with detox treatment and long-term recovery. That could take the form of a pilot project, he added.

Morden said earlier that council, as a collaborative group, will decide direction for the next four years. But the candidates elected to council shared his view.

“The public is very clear on what they wanted us to do. To make sure we have safe streets, we have a good environment for our businesses to operate and we have safe neighbourhoods.”

His other objectives are to expand Maple Ridge’s commercial and industrial capacity, though it’s not certain how that will happen.

“We need to build and we need our city to progress. We are behind. Council is going to be busy. We’ve got a lot of work to do.”

That doesn’t entail reversing any of the work of the past council from the last four years. Morden said he doesn’t want to roll back any of the achievements of the past council, whether it be community amenity charges, which fund the new recreation projects, the recreation projects (new sport fields, community centre, redone leisure centre pools) themselves, although he says he wants to review, but not delay them, nor will he reduce the city’s required development setbacks from streams.

When it comes to transportation, Morden shares the previous council’s views on the problematic intersection at Haney Bypass (222nd Street) and Lougheed Highway.

The Ministry of Transportation and Infrastructure plans for the corner fall short of Morden’s expectations, as well as those of the previous mayor.

“We want to now revisit that.”

He wants the Salvation Army to relocate to allow its building on 222nd Street to be demolished to allow a proper reconstruction of the intersection and create traffic flow from Lougheed Highway on to the bypass.

“The Salvation Army was more than willing to move.”

In addition, he wants TransLink to four-lane Golden Ears Way from when it exits the Golden Ears Bridge at Lougheed up to 203rd Street. The current two-lane, new road, is just creating bottlenecks.

Morden said he’s already met with the chief administrator, the MP and MLAs. He’s also talking to other local police commanders and mayors to see if it’s possible to craft a regional response to homelessness, drugs and crime.

“I’m ready and committed to bringing forth the people’s agenda.” 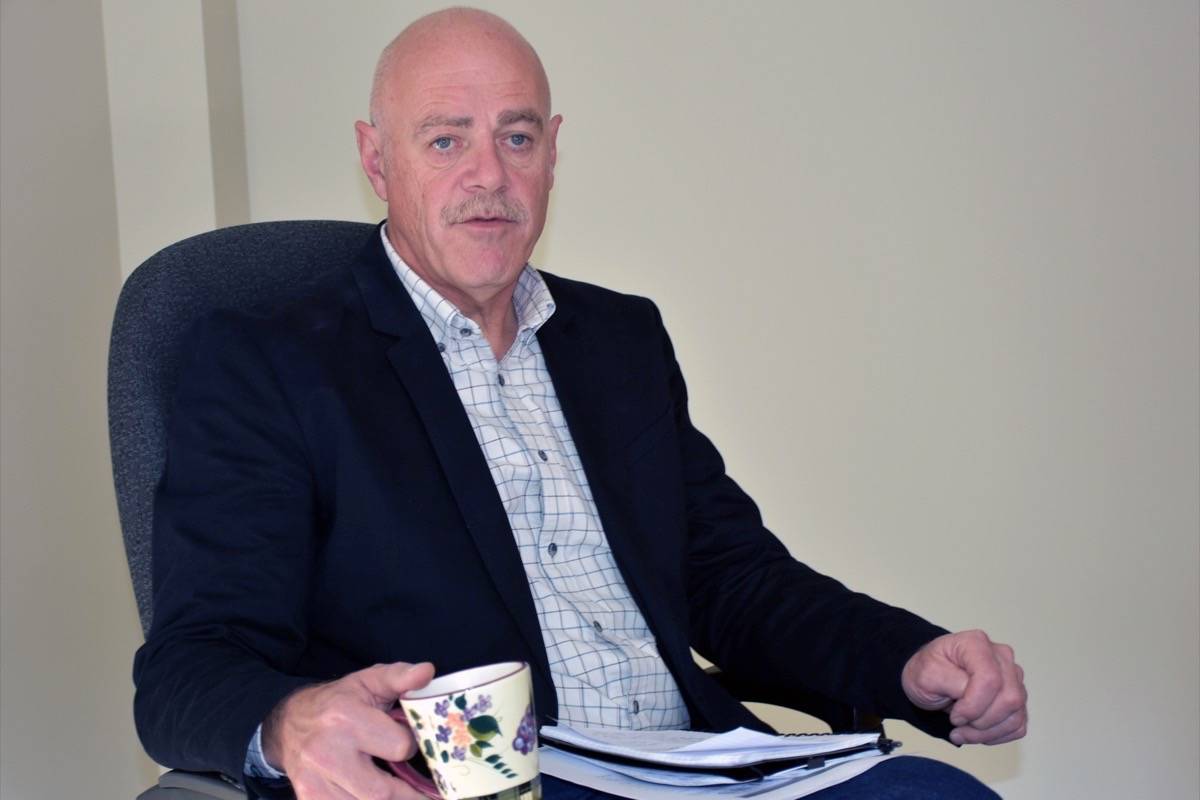